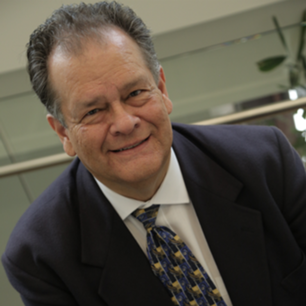 Do you remember the only song in the film?  The song is entitled “Volar Sin Alas” (unfortunately titled Puño de Tierra in the movie).  Do the following songs also ring a familiar bell? “Los Ojos de mi Madre,” “Mi Marido,” “Dime,” “Reunidos,” and “Otra Vez en la Cantina.”  If so, does the name Michael Sánchez also ring a bell?  It should be since the songs, and the artist is synonymous with New Mexico’s great music.

Michael Sánchez was born in Española, New Mexico but grew up in Dixon, New Mexico.  He recalls how he often accompanied his family to Colorado to work in the fields.  Michael was too young to work the fields at the time, but his memory takes him to the shanty houses by the railroad, a memory filled with many tactile connections.  At six his family moved to Albuquerque.  Michael knew only Spanish.  He was enrolled at Longfellow Elementary and eventually transferred to St. Therese School, Garfield, Valley High School, and finally graduated from the University of New Mexico Law School.

All of us recognize Al Hurricane, Tiny Morrie, and Baby Gaby, as New Mexico’s greatest, from their musical ability.  One of Al’s featured marks is his black eye shield.  Michael Sánchez was with him during the terrible accident that Al, Michael, and the other band members, underwent a number of years ago.  Michael painstakingly recounts how in 1969, Halloween eve, after playing at the old Far West on Route 66 in Albuquerque (now Tumbleweed), the group decided to drive to Denver for the following evening’s gig.  While en route to Denver, outside of Walsenburg, Colorado, the car they were in hit an ice patch, and fishtailed off the road.  Michael recalls how everything was smashed, how Al hit the window and then went sailing out of the car, followed by Michael doing the same.  Al lost his eye in that accident, and to this day, every Halloween brings back those eerie, chilling memories of the accident.

In a pensive tone,  Michael comments how all musicians make great sacrifices and go through so much to bring their art, “the art we love,” to the people who most appreciate it.  So, why does Michael go through all of this?  Because, as he proudly exclaims, “It’s my therapy!”  He further comments, “I have my regular job during the day, and music releases my energy.  It’s my LOVE of music!”  Furthermore, he adds, “I have been playing since I was fourteen, recorded at fifteen, and I have played keyboard since.  I stopped only when I was taking the bar exam—I couldn’t serve two masters then!”

After passing the New Mexico State Bar Exam Michael worked with the New Mexico Attorney General’s Office for about eight years and eventually at his current law base in Rio Rancho for the past twenty-six years where he concentrates in Entertainment Law.  His clients range from artists to musical groups, personal managers, and recording studios.

Throughout the last few years, Michael has also managed to record with his band MICHAEL SÁNCHEZ and THE WILD BUNCH and play keyboards with his brother, Ed Sanchez’s band ZOZOBRA.  Michael wears a “Zoot Suit” on stage, with a long feather in his hat, including the long chains, when he performs with his group The Wild Bunch.  www.thewildbunchband.com

Michael was also one of the original members of a group called BRAZADA.  He played with BRAZADA for seventeen years.  During those years Michael released five very popular CD’s/Cassettes.  Michael released “Red Hot” and “Recuerdos de Oro,” on his own record label, RED HOT RECORDS®, and record manufacturing company THE RED HOT ENTERTAINMENT CO. ®.  These CDs are a compilation of great traditional music.  Mi Pecosita and Jalisco are featured with peppy ranchera-style saxophone leads and accordion/organ rhythms.

In 1994, Michael released “The Ultimate Mexican Party Music,” which according to some of the record stores in Albuquerque, is still one of the hottest-selling compact disks after all these years.  This release includes popular songs which are aired daily on radio stations.

Speaking of Corazón, Michael’s next release, in 1996 was “Corazón.”  This is a first-class CD with songs like “Reunidos,” again written by Michael which is a timeless theme of how lovers split but then surrender all to become reunited once again.  I asked Michael if his love songs reflect his own melancholia, his own personal experiences with love, and he answered most confidently, “No!  I am happily married.  Unfortunately, Michael’s beautiful wife, Antoinette, passed away on November 29, 2010.   As a tribute to the love of his wife, Antoinette, Michael wrote “Los Tiempos de Ayer.”

Michael in 1998 reworked some oldies.  No pun intended, he comments on how many musicians there are whose music had never been made public.  Michael brought these “oldies” (musicians and their music) to the public’s attention in his release “Puro Chicano,” a collection of Red Hot Chicano Love Songs.  Michael’s release of “Most Wanted” contains the song “Otra Vez en la Cantina.”

Los Ojos de Mi Madre, written by Michael as a tribute to the love of his mother, Rebecca, and published by his publishing company First Embrace Music Publishing, is one of everyone’s favorites.  Most people relate to this song.  It was voted the New Mexico Song of the Year by the New Mexico Hispano Music Association in 2004.  Michael’s mother recently passed away.  To honor his late mother Michael wrote a beautiful song entitled “Madrecita de Mi Vida.”  On November 19, 2010, Los Quince Grandes Award was given to Michael for this song at the Route 66 Legends Theatre.
In January 2011, Michael received 2 awards from the New Mexico Hispano Music Association for “Song of the Year” and for “Songwriter of the Year.”

To honor his late son, Eric, Michael released a CD entitled “Tu Recuerdo” which contains the song “Beautiful Memories” written by Michael as a gift to Eric.  It is evident when listening to one of Michael’s songs that the words come out from the corazón.

Michael, a record producer, is also the owner of several record labels, including, Cristy Records which has been in the New Mexico community for over 50 years.  Its catalog of music includes the very popular album, “El Mosquito by Eddy Dimas.”

If this wasn’t enough, Michael is also the Alternate Municipal Court Judge in Rio Rancho, NM.

Michael has been known to give to the community aside from being a lawyer and musician.  Since 1990 Michael has been offering free legal assistance to military families.  At Christmas time, the Children look forward to receiving gifts from “Pancho Claus” Santa’s Zoot Suit wearing cousin from south of the border.

For several years Michael goes to schools and lets the children know the importance of staying in school, and staying away from gangs, and drugs.  Michael speaks at schools in Albuquerque and Rio Rancho, New Mexico.

Michael is the President of the Eric J. Sanchez Memorial Scholarship Foundation named after his late son.  The foundation was created in tribute to Eric and to honor the principles by which he lived, to benefit at-risk children.  Each year, Michael hires an at-risk child as an intern in his law office. The Foundation is a 501(c)(3) non-profit charity.

Michael is also President of The New Mexico Music Hall of Fame which Michael created to honor the Artist, Performer, Non-Performer, Songwriter, and Music Publisher of New Mexico, for their commitment to the industry.  The Hall of Fame is a 501(c)(3) non-profit charity.